I once had a new student who left the room 50 minutes into class for about 5 minutes. I let people leave the room when they need breathers to take care of themselves. But before they leave, I ask them if they are ok. I don’t talk about leaving the room at my studio or make it a goal to stay in the room. I find that most people do stay in the room and when they think they need to leave – I give them the space to do so.

Maria came back to finish class, but I checked in with her after. She told me she has one kidney and it can make it difficult to stay in class for the full time. I told her that it was not a problem if she took a break, but I mentioned that I also noticed during class she was not breathing fully or deeply. It looked to me like she was barely breathing. She was taking short superficial breaths, which do not supply enough oxygen and can leave you feeling dizzy. I showed her how to breathe fully and use her lungs with a good core connection and deep breathing. I told her that I wanted her to stand in front of a mirror and suck her belly in, then watch her rib cage expand on the inhale and contract on the exhale. I saw her a few days later and she had the biggest smile on her face. She told me that she doesn’t need to leave class anymore and that she did not even realize that she was not breathing well, she thought she was dizzy from her one kidney.

“Hello, my name is Maria; I have been practicing Bikram Yoga for approximately two years. I started the practice in search of re-focusing on myself and getting in shape.

I began at the So 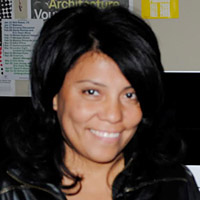 uth Pasadena Studio. The practice was hard, however, it was exhilarating! Within 3 months, I lost 20 lbs, my lower back pain was almost gone, and I felt GREAT! The benefits were greater than the hard time I was having practicing for 90 minutes.

After 10 months of practice and having it get harder and harder to stay in class, and continuing to get sick, I cut down. I began going only 2/3 days a week, and eventually stopped my practice. I have one kidney, and getting sick every time I practiced was concerning me… I did not want to hurt my kidney and or get sick over it.

After stopping for a few months, I started to see the change in my body and mindset. I began to gain weight and was feeling tired. When the lower back pain came back, I decided to read up on the practice a little further.

That is when I found Val, her story was amazing, and so, I decided to try her studio in Pasadena. I figure she would have some advice on my dilemma. After my 1st class, I said to Val, “I have one kidney, and I find it very hard to stay in class for the 90 minutes without getting sick, I feel like I’m going to pass out.”   She asked a couple of questions, one of them being my breathing. After showing her how I was breathing, she said, “You are breathing incorrectly, you are using your body, not your lungs!” She showed me a breathing technique, and asked me to practice it at home in front of a mirror, and so I did.

It was amazing to see the difference it made in my practice! I no longer get sick and I am able to stay in class for the entire 90 minutes.

All I can say is thank you Val for taking the time to listen and giving me the gift of my practice.”